At the time of the 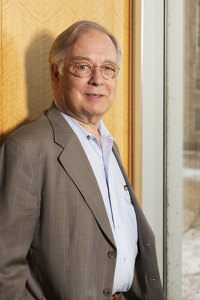 gas leak, Marc Galanter was one of the few academics in the United States who worked on Indian law. He was particularly interested in the abolition of untouchability, in India’s affirmative action programs, and in matters of access to justice. When the Bhopal disaster occurred, he expanded his interest to tort remedies. The Government of India hired the Minneapolis firm of Robins, Zelle, Larson & Kaplan (as it then was) to represent it in the Bhopal litigation. Robins was one of the few sizable firms that represented claimants in tort litigation and had an outstanding record of success in recovering damages in mass torts.

Union Carbide had moved the court to dismiss the case on grounds of forum non conveniens (FNC)-- i.e., that the complaint should be dismissed because the case should not be tried in the U.S. courts but in the courts of another jurisdiction more closely connected with the claim and the evidence—in this case, India. The U.S. District Court in New York allowed discovery for the limited purpose of deciding whether the case should be dismissed on this ground. Marc Galanter was invited by Robins Zelle to appear as an expert witness on behalf of the Government of India, arguing that the Indian legal system was not an “adequate alternative forum,” a requirement for dismissal on grounds of FNC.  The GOI argued that the fundamental decisions about maintenance at the Bhopal plant were made at UCC headquarters in Connecticut. With the help of colleagues in London and Cambridge, Mass. and a terrific research assistant in Madison, Galanter assembled a mass of material about the practices and problems of the Indian courts. On May 12, 1986, the U.S. District Court granted the motion to dismiss on ground of FNC.

The case was refiled in India. Galanter tried to keep track of developments in the case, including matters affecting the victims and affecting Union Carbide, which became the target of an attempted (and ultimately unsuccessful) corporate takeover attempt. Fifteen years later, UCC was acquired by the Dow Chemical Company. On June 6, 2010—some twenty five years after the explosion—seven executives and senior employees of UCC’s Indian subsidiary were convicted of causing death by negligence, sentenced to two years in prison and released on bail pending appeal. No American executive from UCC was ever prosecuted anywhere. An appeal by the prosecution to re-open the case in order to impose harsher sentences was rejected by the Supreme Court of India in May 2011. Disputes about liability for the clean-up of dangerous chemicals in Bhopal continue to this day.

Above Left: Union Carbide 2012
Above Right: Among the many organizations that have sprung up to help the victims of the disaster is the Chingari Trust, which offers assistance, education, physiotherapy and advice to children whose parents lived through the disaster or who have become ill from consuming contaminated water.
Source: https://www.flickr.com/photos/lecercle/8043183826/